The Treaty 2 and 4 Territory stand behind the Sovereign Nation of Treaty 8 as treaty partners.

We acknowledge the unceded territory of the Musqueam Indian Band that we are delivering our statement from. 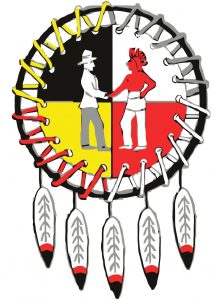 Treaty No. 8, which was entered into on June 21, 1899, by Order in Council which includes the Treaty 8 Territory of approximately 840,000 square kilometers, the largest land-based Treaty in
what today is known as Canada.

As Sovereign Peoples we entered Treaty, Treaty does not define us. The Assembly of First Nation (AFN) is an administrative organization that has gone rogue and is aiding Canada in the devolution or our Treaties. The organization is not rights holders, and they cannot speak about our Treaty.

Although this notice has been served repeatedly, Canada continues to dishonor the Crown and Treaty. In fact, Treaty No. 8 it states the following:

“Provided, however, that Her Majesty reserves the right to deal with any settlers within the bounds of any lands reserved for any band as she may see fit; and also that the aforesaid reserves of land, or any interest therein, may be sold or otherwise disposed of by Her Majesty’s Government for the use and benefit of the said Indians entitled thereto, with their consent first hand and obtained”.

Canada and AFN did not receive nor obtain our consent.

The True Spirit and Intent of all Treaties especially the numbered
international Treaties 1-11 were never signed with Canada.

While Canada talks Reconciliation, actions speak louder than words.
We continue to serve notice to Canada that you must deal directly with the Sovereign Nations and peoples of these international treaties on all legislation, policy that impacts their inherent and treaty rights.

Currently in the media, there are issues plaguing the Assembly of First Nations organization. We agree that this administrative non-profit organization should undergo a full audit but their partner, the Government of Canada, should undergo an audit as well.

We are here today to call out Canada and AFN and their fiscal relationship and to encourage the Treaties 1 to 11 Nations and the Pre-confederation Nations across Turtle Island to meet.

Canada, AFN and its Executive Council established a Permanent Bilateral Mechanism known as the Memorandum on Understanding on Joint Priorities between AFN and Canada. This MOU was entered into without our knowledge and consent.

We call upon our brothers and sisters in the international Treaties 1-11 to unite in the protection of our sovereignty. We are inviting all Chiefs and Councils from Treaties 1 to 11 along and Pre-confederation Treaties to stand in solidarity.

One of the Treaty 8 Nations will host a Treaty 1-11 Gathering this September and we look forward to seeing you all. We must work together because the Canadian Government has been working on the devolution of our Treaties and AFN and their Executive Council is delivering us on a silver platter.

I remind you today that as sovereigns, our Treaties are here as long as the sun shines, the grass grows, the rivers flow and until such a time as Yidah should reverse.

In closing I would like to say that when you follow our natural laws and inherent way of life, you will not go rogue. We must follow what the Creator has given us as it is based on who we are as peoples, our values, and principles. 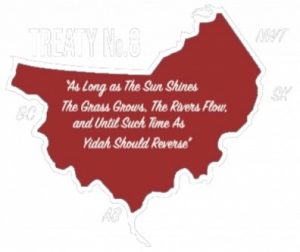