The Governing Council and Ogichidaa

“We are a very strong Nation that supports our sovereign and treaty steps, our FNT2T Government and what we are doing as the Anishinaabe Nation.  We will gather in unity and as we reclaim our territory through our collective Nation, Territory and Government”, said host Ogemaa Wayne Desjarlais.

On 21 August 1871 the Anishinaabe / Ininiwak of the Territory entered a Treaty with the Queen of England and Ireland representatives. The Treaty 2 Territory is situated on 21.444 million acres of homelands which remains our sovereign territory. During the Treaty negotiations, the Nation agreed to share a portion of the lands for immigration and settlement with the Crown’s people, and the Crown agreed to compensate the Anishinaabe Nation for the use of the lands that it would take up for that purpose. The colonial view of “cede, release, surrender and yield up” the Territory did not happen.

“The purpose of the Grand Council is to gather as a Nation and law make. Our inherent right and jurisdiction are derived from Anishinaabek existence as a Nation prior to the settlement of Europeans in our Territory. Our inherent right to govern stems from the Creator who placed us in our Anishinaabe / Ininiwak Territory since time immemorial”, said Ogichidaa Cornell McLean.

We are a Sovereign Nation and Government that promotes and protects the inherent rights of our Nations and Territory. Meaningful Reconciliation would be complete with the recognition of the authority of the Anishinaabe Nation over the Territory, return of all homelands and compensation for lands taken up by settlement and immigration. The talks with other Governments must continue as we move toward Reconciliation of unfinished business, while enhancing the legitimacy and effectiveness of our Nation, Territory and Government.

The gathering begins with registration on Tuesday at 8am.  If you have not registered yet, visit www.fnt2t.com as you still have time.

All First Nations in the Treaty 2 Territory are invited to attend and come and talk about our future as we move forward together. 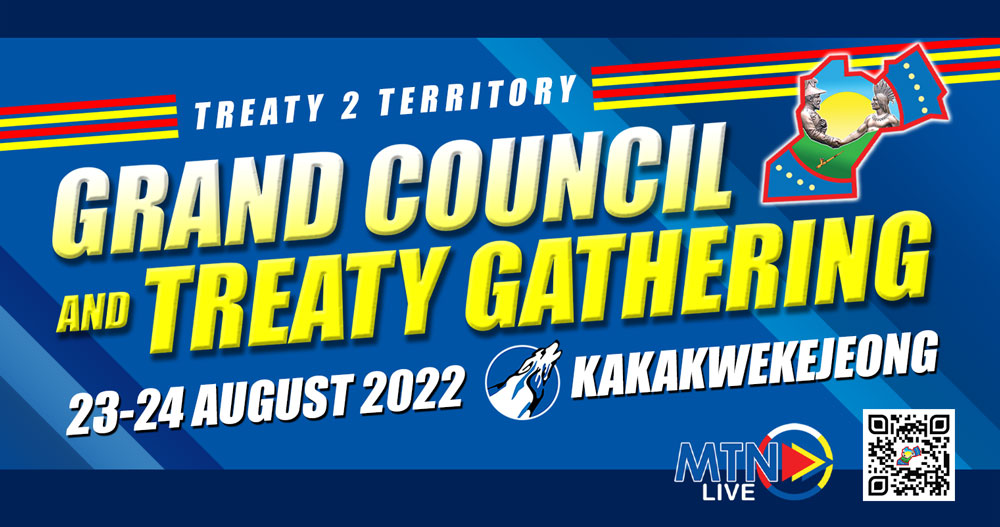