Battle of the Nations 2022 hits big once again! 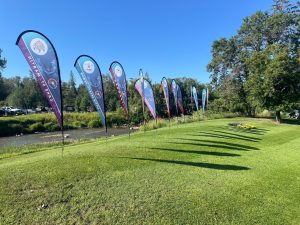 Treaty 2 Territory – August 19 and 20, 2022 almost 151 Years since Treaty 2 was signed (August 21, 1871), Gilbert Plains Country Club once again played host to one of the biggest golf tournaments of the year, Treaty 2 Territory’s annual Battle of the Nations.  There were teams from all over Treaty 1, 2, 4, and 5; the competition was stiff on both days.

The Ikwe  teed off on August 19 with 7 teams and they all played great games!  Team Sap cleaned up hitting a couple of CP’s, skins, and placed in 1st!  2nd place was taken by Team OCN, and 3rd going to Team . 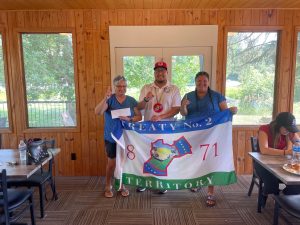 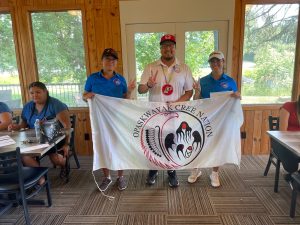 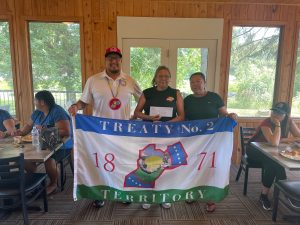 Amazing job ladies, you all played a great game! 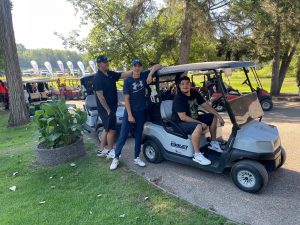 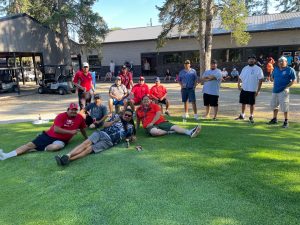 The Men teed off the following day, there were 35 teams registered when the shotgun start hit off at 10:30 am.  All the guys played a good round, and there were several ties for first one the front 9, the back 9 is when the separation started happening.

In the end, it was the boys on the boarder of Treaty 2 Territory, Merv Spence’s Team Sandy Bay who shot a 59 on the day to win the Championship Flight.  Coming in 2nd, another Team Sandy Bay lead by youngster Brady Racette who shot a 60 on the countback.  3rd place went to Faron Genaille’s Team Sapotaweyak who also finished with a 60 on the countback. 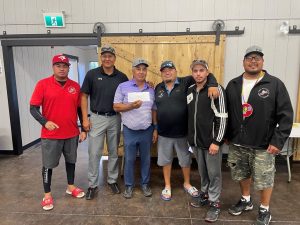 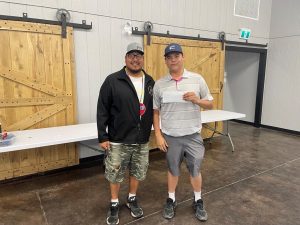 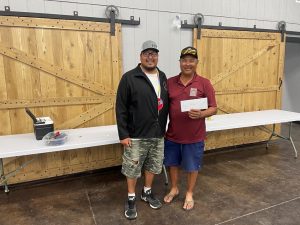 It was a great day of golf, and next year we are shooting for a 3 day tournament in June, with youth, jack and jill, women’s and men’s divisions.  Miigwech to all who came out to compete, it was definitely one to remember.   Until next year, Have a good one!

FULL RESULTS: (I DID NOT RECEIVE WOMEN’S RESULTS, PLEASE ACCEPT MY APOLOGY

CLOSEST TO THE PIN: