DID YOU KNOW: The Jay Treaty of 1794 was negotiated between the Crown and the United States, to prevent any further conflict. When the Europeans landed in North America, they encountered Nations with their own people, territories, governments, and laws. The newcomers entered political, military and economic relations with those Nations by Treaty, 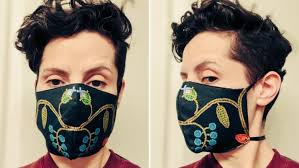 Social Distancing is the only tool that is working right now. Signs that the Covid-19 “curve” may be flattening out in Manitoba, hopefully that trend continues. However, we must be smart about this. We must maintain this status-quo on more social distancing, more time apart from family, friends, co-workers and now everyone to wear mask …

Treaty 2 Territory – March 25, 2020, Life Long Learning Lodge Keeper Allen Sutherland talks about the relation between the Crown and Indigenous People when the Nations go in to a Treaty. For more Tipi Talks Videos visit our YouTube Channel at Anishinaabe Agowidiiwinan. Please visit us on Facebook at Anisihinaabe Agowidiiwinan. Miigwetch!!