The Governing Council is made up of the Chiefs Council and each Chairperson from the member Councils including; Knowledge, Men, Women and Youth Councils.

The Governing Council assemble four (4) times per year, and each assembly is hosted by one of the Nations within Treaty 2 Territory. The FNT2T Councils set the agenda while receiving recommendations from the FNT2T Councils and Circles.

The Executive Council direct instructions, provided by Resolution, from the Governing Council of Anishinaabe Agowidiiwinan, and Government of First Nations in Treaty 2 Territory.

The Grand Council is scheduled for 23/24 August, 2022 at Ebb and Flow Anishinaabe.

Our regular schedule is as follows; 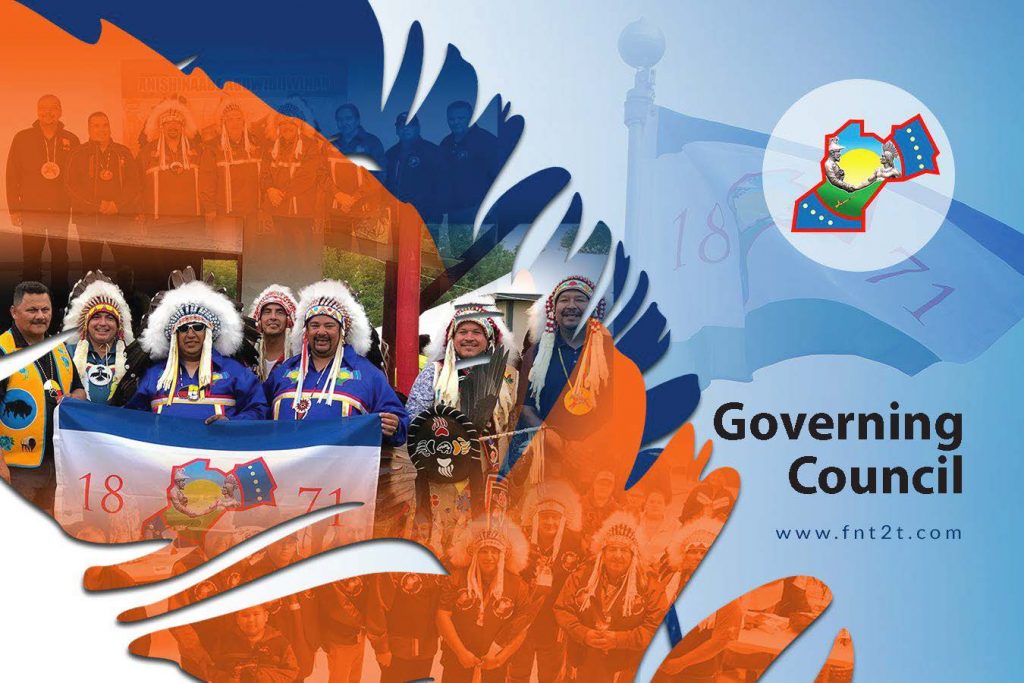