Justice and Peacekeeping means peace and balance is maintained in the Local Nations and Treaty 2 Territory through a justice system that includes peace officers, justice circles, centres/lodges, and restorative measures.

Society cannot exist without law. Justice and peacekeeping systems that were in place were forcibly interrupted by colonial settlers through the Indian Act and other laws or policies. The Report of the Aboriginal Justice Inquiry (1991) states “Aboriginal people form a far larger percentage of the inmate and probation population than they do of the general population of Manitoba”. A safe assumption can be made the situation has not improved and the percentage of Indigenous inmate and probation population has increased.

Traditional models of justice are based on restoring peace and balance which reconciles mutual understanding between two people or groups. Local Nations and FNT2T will develop and implement a local and territorial justice system.

Objectives of Justice and Peacekeeping:

The Justice and Peacekeeping Circle is working on: 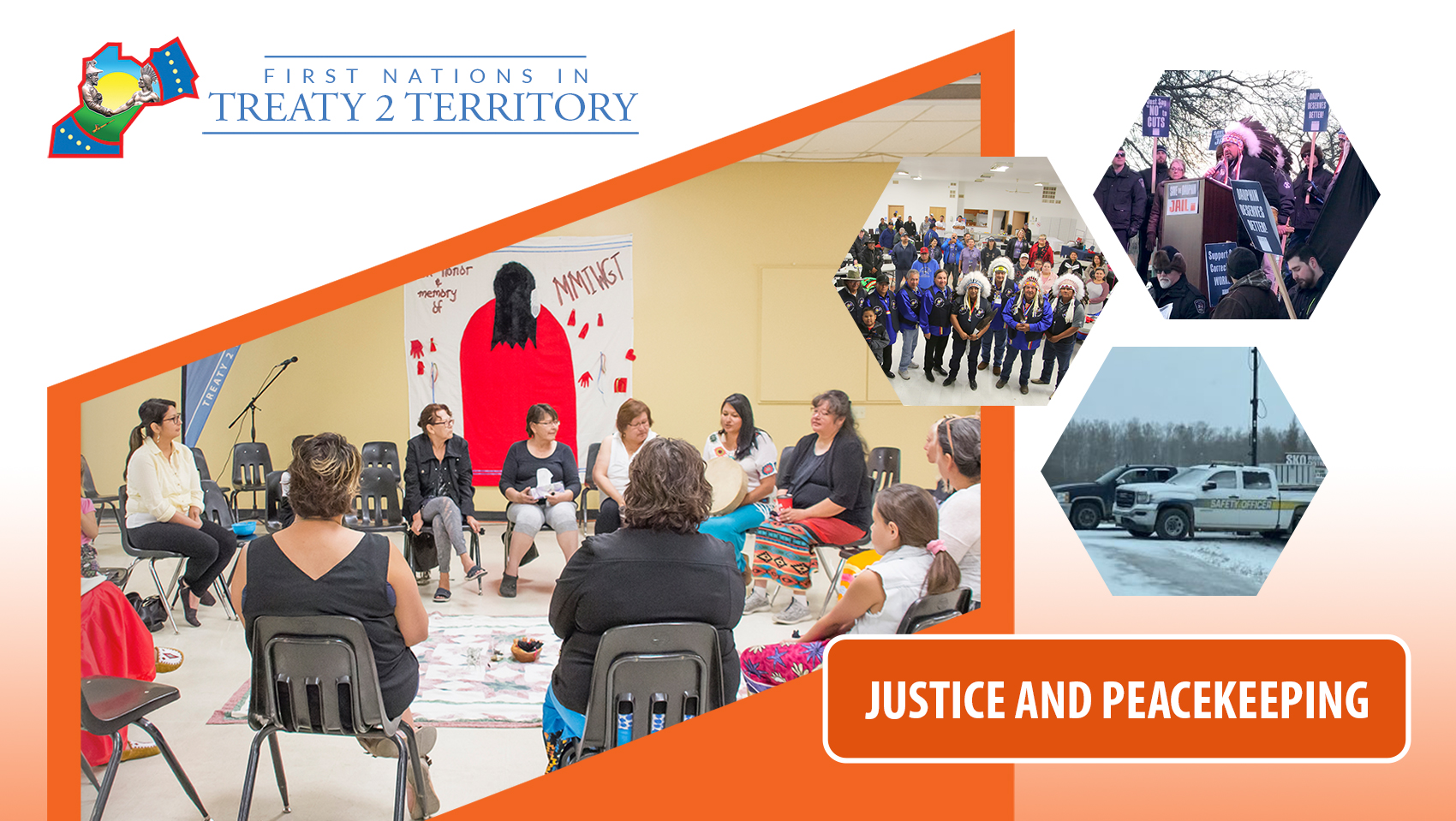