The First Nations in Treaty 2 Territory and Government of Canada have achieved a key milestone toward renewed relationships today by signing a Protocol Agreement for Advancing Reconciliation.

The Protocol Agreement will help guide the parties as they work together to explore new ways to strengthen their treaty relationship and advance reconciliation based on shared goals and community priorities.

Discussions under this jointly developed protocol will cover many topics, including treaty implementation, economic self-sufficiency, restoration of self-government and nation rebuilding. The goal is to work together in a spirit of mutual respect and co-operation to find shared and balanced solutions for the benefit of the communities and all Canadians.

Meeceeing such event with the Chiefs and Minister Carolyn Bennett was Chief Norman Keeseekoowenin, who also sits as Vice-Chief of the First Nations in Treaty 2 Territory.  Veteran James Eagle of the Skownan First Nation started off with a prayer to work together and renew relations.

Chief Bone opened up by stating that we are here today to enter into a protocol with Canada that will guide discussions on various topics including a Renewed Relationship, Economic Self-sufficiency & Protecting our Territory, Territorial Governing, Treaty Implementation and Unfinished Treaty Business!

Quotes from the signing

“Today after 147 years, Treaty 2 and Canada are back at the table discussing the very important issues that we have. ‘Immigration and Settlement’ was the primary intent of the Treaty and now the real work begins to address our unfinished Treaty business. We are reclaiming our Rights and are in the process of rebuilding our nation. The people of Treaty 2 are establishing a contemporary government that will protect the land, water and resources in our territory.  With the Protocol in place, we will move forward to not only reclaim our right to be self-determining, but rebuild our nation, as it was meant to be a 147 years ago.” Treaty 2 Territory Grand Chief Eugene Eastman, Chief of the O-Chi-Chak-Ko-Sipi First Nation

“This Protocol Agreement is an important step to strengthen our treaty relationships and advance our shared journey toward reconciliation with the First Nations. Through these discussions, we can move forward in a spirit of renewal and partnership to help close socio-economic gaps and support the First Nations’ visions of greater self-determination and a better future for their communities.” The Honourable Carolyn Bennett, M.D., P.C., M.P. Minister of Crown-Indigenous Relations

“Minister, we speak on behalf of the temporary government of First Nations in Treaty 2 Territory. Although this signing today was not mentioned when we started meeting a year ago, the very tough exploratory discussions we have had since then have convinced us that you and your government are seriously committed to real change. This protocol is our agreement to carry on with the same spirit, the same commitment to make transformational change happen in the next phase of discussions over the year ahead. We wish you good health, peace in your mind, and strength in your determination to work with us.” Chief Cornel McLean, Chief of Lake Manitoba First Nation.

“On behalf of the People of First Nations in Treaty 2 Territory, we witness this historic event.  We are also building a nation governed by its people. We are building a nation based on the relationship of perpetual peace and friendship which Treaty 2 envisions. We are renewing our original Two-Row relationship in which we are steering our own canoe, making our own decisions, but we do so side-by-side with you and your people, supporting each other. That is the spirit and commitment we bring to this Protocol agreement.” Chief Camron Catcheway, Skownan First Nation

“Our best greetings and wishes to you Minister. Our greetings to your Prime Minister, to your Cabinet colleagues. Greetings to those of the public service who have followed your direction, those who represent you, those who do the work which make things happen. We wish all of them, all of you hear today, health and peace as we take this historic journey together.” Chief Hector Shorting, Little Saskatchewan First Nation. 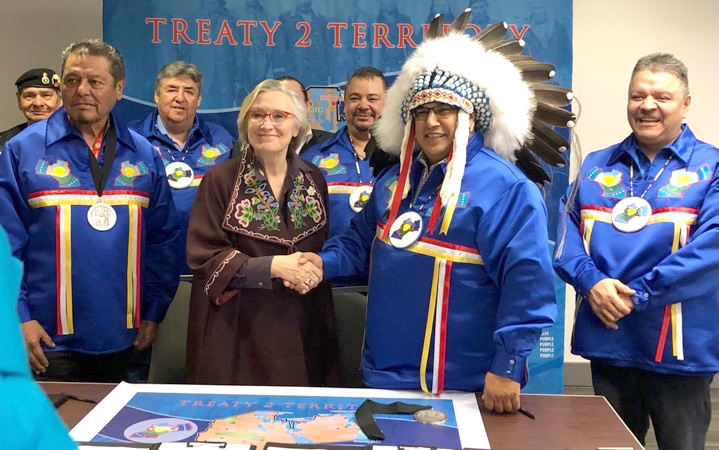 TOPICS FOR DISCUSSION & NEGOTIATION INTENDED TO LEAD TO AGREEMENTS (December 2018) 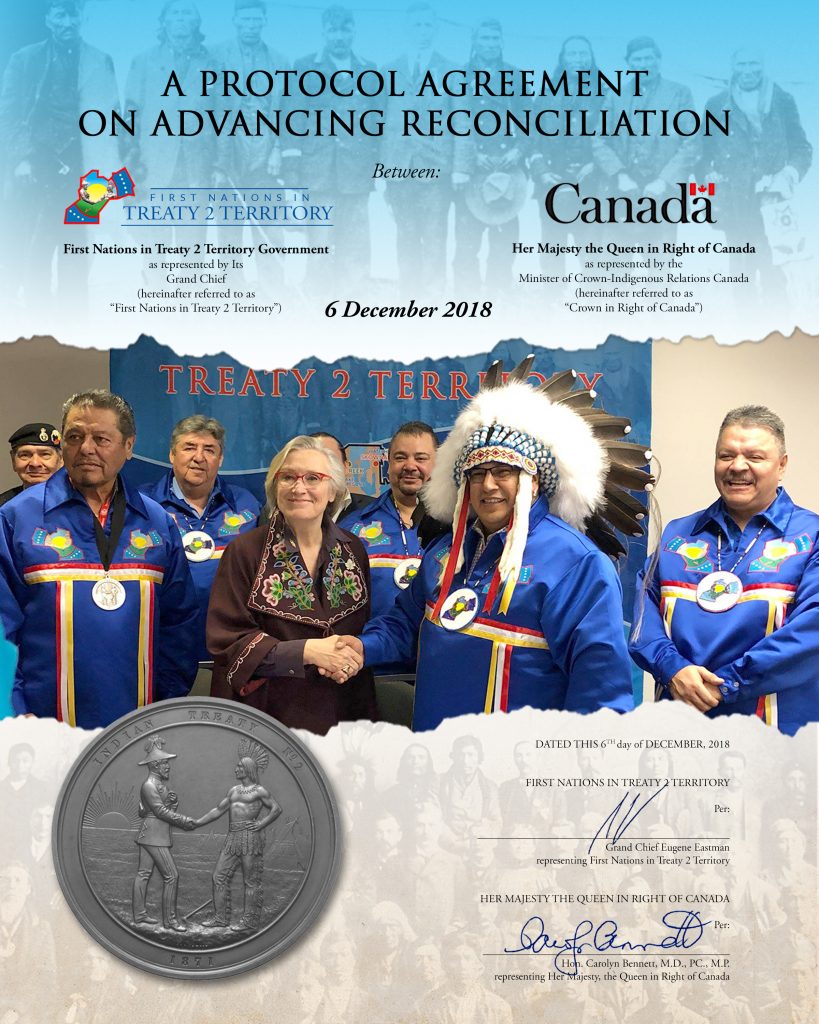