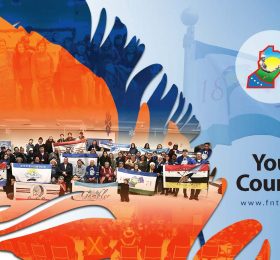 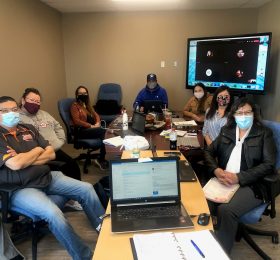 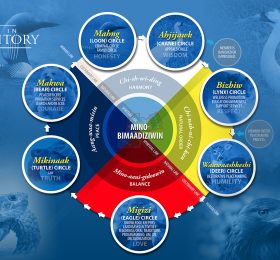 Treaty 2 Territory – On April 20, 2021, the First Nations in the Treaty 2 Government held their regular meeting with the... 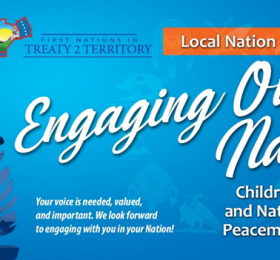 FNT2T Women’s Council a “voice” in advocacy for our children, families and nation

Treaty 2 Territory – Children, Families and Nation would like to be able to express their gratitude to the Women’s Council for...

Treaty 2 Territory -Rooted in a legacy of colonialism, Canada continues to oppress Indigenous peoples in its institutions such as the... 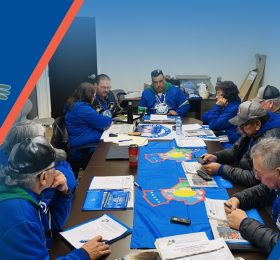 A historic gathering of the leaders and people of the Anishinaabe Agowidiiwinan Grand Council and of the First Nations in Treaty 2 Territory was held at the Keeseekoowenin – Clear Lake Reserve 61A in Treaty 2 Territory at Riding Mountain on August 28, 29, 2018. There were 158 registered participants.

During the course of the event, there were meetings of a Grand Council of Chiefs and People, the Elders and Knowledge Keepers Council, Women’s Council, and Youth Council. A central topic was the rebuilding of the nation of First Nations in Treaty 2 Territory. A Lands and Waters Council also met.

With the retirement of Grand Chief Norman Bone of Keeseekoowenin Ojibway First Nation the Council of Chiefs also selected Chief Eugene Eastman from O-Chi-Chak-Ko-Sipi First Nation as the new Grand Chief.. Beyond the governance aspect of the Gathering, recreational and entertainment was also provided by a Keeseekoowenin First Nation singer – Jeremy Bone, and renowned entertainer Gerry Barrett in his persona as “Ojibwe Elvis” and Anishinaabe Puppeteers of – Ken Catcheway and Charlotte Catcheway, who are also Councillors from Skownan First Nation.

As well, a youth group from Skownan First Nation conducted video recording and interviews of the people in attendance, part of a mentoring project by Freedom Studios. The event was also recorded by Red Roots Productions on behalf of the Assembly of First Nations. Sound management conducted by Ray Mousseau from Ebb & Flow First Nation. The event was hosted by Keeseekoowenin Ojibway First Nation which provided the campsite, food, security and maintenance.

The Anishinaabe Agowidiiwinan and First Nations in Treaty 2 Territory also made the announcement that Winter Games 2020 would be hosted by Pinaymootang First Nation. Chief Garnet Woodhouse said the community saw the event as “a second part of education which is important to our government of Treaty 2 territory”, As well, it was announced that the next Grand Council gathering would be hosted by Lake Manitoba First Nation in the summer of 2019; The Anishinaabe Agowidiiwinan is made up of the First Nations who were at the Treaty 2 meeting with the Queen’s Commissioner on August 21, 1871, They are part of the “First Nations in Treaty 2 Territory, which also includes all other First Nations with reserves in the Treaty Territory. “We are appreciative of all the work being done by the leaders, people and staff of the Nation as we begin another year in restoring self-government and rebuilding our nation,Kitchimiigwich!” Grand Chief Eastman told the gathering.