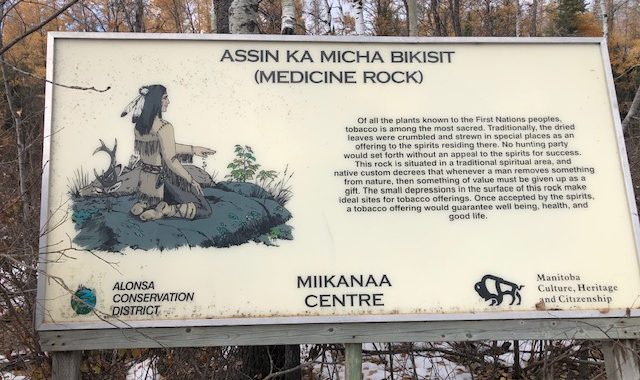 Treaty 2 Territory – I had the opportunity to visit some of the ceremonial sites that are currently identified within Treaty 2 Territory. While there are others that are not marked, these ones are and the signage is outdated. After offering tobacco I took the enclosed photos of the signage and not of the actual sites.

Efforts will be undertaken by First Nations in Treaty 2 Territory to improve signage as well as seek ways to further protect these sites from encroachment. The Thunderbird Nest just west of the narrows has been encroached by the current leaseholder so protection of these sites will be vigorously pursued to ensure no further encroachment occurs and government and leaseholders will be served notice requesting they cease any further development.