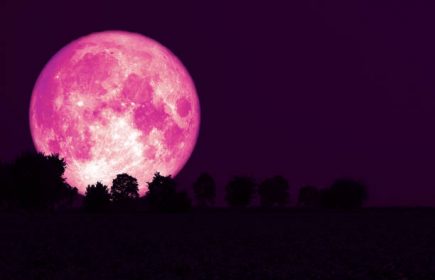 Treaty 2 Territory – Boozhoo! June 21st is National Indigenous Peoples Day and June is Indigenous History Month. For the Anishinaabek, June is also Ode’imini Giizis, which is Strawberry Moon. It is a time when the strawberries are ripe and ready to harvest for medicine food, it will be the first berry to ripen before all other berries. It is known as the ‘heart berry’ since a strawberry is shaped like a heart and its medicinal uses are for strengthening and healing a heart system. A Strawberry plant in essence does resemble a heart system with its veins, leaves, and roots. Strawberry Moon is a time of Summer Solstice when people come together to hold a yearly ceremony and feast.

In light of the recent findings in Kamloops, B.C., this year’s Indigenous History Month has been dedicated to the children and survivors of residential schools. Indigenous peoples know that being Indigenous is not one day, one month, or one year. Our history is not one day, one month, or one year. We are not a token decoration to be brought out on special occasions, and placed on the shelf for the remainder of the year. Learning – and unlearning – is and must be a constant journey. Many of our people do not have clean drinking water, which has been especially problematic during the past year as the world faces a global pandemic. And we all know that clean drinking water is a basic human right. The time has passed for broken promises, empty words, and grandstanding gestures.

The Anishinaabe have been on Turtle Island in their traditional territories since time immemorial. Their stories speak to this truth. The Anishinaabe are very diverse. First Nations (Indigenous) peoples are very diverse. Each have their own language (and/or dialect), culture, medicines, ways, traditions, practices, inventions, contributions, songs, art, and stories. They also have their own Creation Stories. While today, our belief systems are respectfully diverse, it remains an important part of our identity to remember that our ancestors had their own ways, systems, and Creation Stories which varied by Nation and within a Nation. They varied by language speaker, storyteller, Elder, territory, and dialect. These ways, systems, and stories were passed on through oral history and tradition. This is powerful.

Our ancestors had great intellect. They had the patience to observe every aspect of nature and the world around them. This was how their knowledge was acquired, over time, without the technologies that we rely on today. They had the power of memory. Teachings, songs, traditions, knowledge, and stories were memorized and passed on through generations. In Sarah Carter’s book titled Aboriginal People and Colonizers of Western Canada to 1900, she writes: “In 1728, Ochagach, likely an Ojibway, drew him a remarkable map of the routes from Lake Superior to Lake Winnipeg [based on memory]. The era of exploration in the Western interior was definitely…dependent on Aboriginal knowledge of routes, currents, and portages” (pp.43). This is what we aren’t taught in classrooms and curriculum; rather, we’re taught about ‘great European explorers who discovered empty lands’ when in fact nothing could be further from the Truth. This is going to change.

Edward Benton-Banai wrote The Mishomis Book in 1988. Within it is the Anishinaabe (Ojibwe) Creation Story. We must tell these stories and keep them alive, not to change anyone’s belief system, but as an important part of our Anishinaabe heritage and identity so that our children and youth are connected to who they are and where they come from as Anishinaabe. They must know that they descend from great thinkers, philosophers, and Nations.

The following excerpt is by Edward Benton-Banai: When Ah-kí (the Earth) was young, it was said that Earth had a family. Nee-ba-geé-sis (the Moon) is called Grandmother, and Geé-sis (the Sun) is called Grandfather. The Creator of this family is called Gí-tchie Man-i-tó (Great Mystery or Creator). The Earth is said to be a woman. In this way it is understood that women preceded man on the Earth. She is called Mother Earth because from her come all living things. Water is her life blood. It flows through her, nourishes her, and purifies her. On the surface of the Earth, all is given Four Directions – North, South, East, and West. Each of these directions contributes a vital part to the wholeness of the Earth. Each has physical powers as well as spiritual powers, as do all things. When she was young, the Earth was filled with beauty. The Creator sent his singers in the form of birds to the Earth to carry the seeds of life to all of the Four Directions. In the way life was spread across the Earth. On the Earth the Creator placed the swimming creatures of the water. He gave life to all the plant and insect world. He placed the crawling things and the four-legged on the land. All of these parts of life lived in harmony with each other. Gitchie Manito then took four parts of Mother Earth and blew into them use a Sacred Shell. From the union of the Four Sacred Elements and his breath, man was created. It is said that Gitchie Manito then lowered man to the Earth. Thus, man was the last form of life to be placed on the Earth. From this Original Man came the A-nish-i-ná-be people (pp. 2-3). Benton-Banai also shares the story of the Great Flood in the same book when Gitchi Manito decided to purify the Earth. It was Wa-zhushk (muskrat) who was able to dive way down into the flooding waters to retrieve some earth. It was put upon Mi-zhee-kay’s back on which it grew and grew into Turtle Island.

Basil Johnston was an Anishinaabe storyteller, educator, philosopher, language keeper, and so much more. He, too, shared stories of the Anishinaabe. In his 1995 book, The Manitous, Johnston also tells the story of the Great Flood: “They could not the Earth for granted. It would not allow them to forget” (pp. 10) and “[u]ntil the crisis of the flood, Nana’b’oozoo had taken the Earth for granted, as most people do….No one was granted primacy or dominion over the Earth or another species” (pp. 12-13). This remains an important teaching today.

The Cree Nation(s), too, have their own stories and Creation Story, which again vary by language speaker, storyteller, Elder, territory, and dialect. Louis Bird, Omushkego Elder and philosopher, shares the Omushkego Creation Story, Ehep, on his website, ourvoices.ca. He tells the story, and many others, in both Cree and English. Dakota Elder, Doris Pratt, tells the story of the Dakota people in her book, The Dakota Oyate. She talks about Wakan Tanka (the Great Spirit), Ina Makoche (Mother Earth), and the Seven Council Fires. We honour these stories.

June is Ode’imini Giizis, Strawberry Moon. The strawberry is shaped like a heart because it is a medicine that strengthens and heals a heart system. It has veins, leaves, and roots. Just as we do, First Nations (Indigenous) peoples across Turtle Island. Let’s take Ode’imini Giizis, and every Moon, to strengthen our veins, nurture our leaves, and revitalize our roots.

Note: We respectfully acknowledge that spelling, pronunciation, and meaning of Anishinaabemowin (Ojibwe) words and terms may vary by source(s).