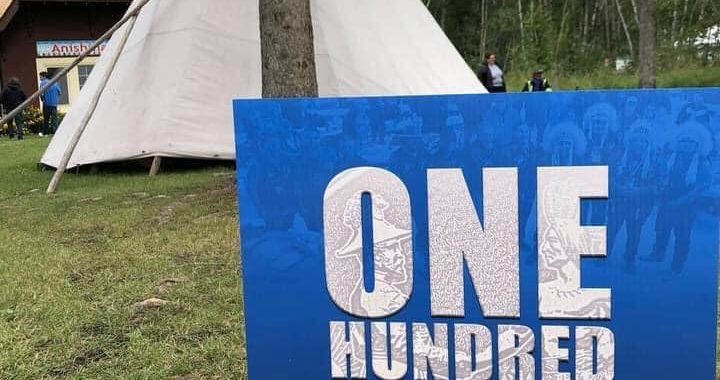 Treaty 2 Territory – August 21st, 2021, 150th year after the original agreement of our ancestors to enter into Treaty 2 with the British Monarchy.

As a young man I recall attending events on the 100th year of the commemoration of our ancestors agreeing to share our lands and territories with the monarchy. We have refrained from calling this a celebration – simply because the Treaty has not been honoured by the Crown. When we explore who has benefitted from the relationship, one would quickly assess the Anishinaabek have been short changed.

Our people have been dispossessed from our lands, from our resources and subjected to the most inhumane treatment at the hands of settlers and their institutions. During this last 150 years our language, culture and identity have endured a genocidal onslaught at the hands of successive governments and their institutions.
Despite all of the challenges we have survived. Successive governments and their institutions were instrumental in preventing our women to be the caring nurturing mothers, grandmothers and aunties they were meant to be and this has reverberated across our territories and lands. We have struggled and will continue to struggle but the most important thing to remember is we survived. The crown has failed in its attempts to eradicate our culture, our languages, our identity and our lands.

As a result of this survival the FNT2T worked diligently to make sure the commemoration was a success. Care and Protection of the Natural World were part of a small but dedicated staff that were able to pull off this event which was held at the Sharing Lodge in Wasagaming. When one plans for an event of this magnitude, one can expect some hiccups. One of the largest hiccups occurred two weeks out of the event which was loss of the original venue. The original location identified was the Gaa-gwekwekojiwang Anishinaabe Nation, close to the original location of the entering into Treaty 2, which was Manitoba Post. Chief and Council from Keeseekoowenin agreed to offer the Sharing Lodge as an alternative site, which set another round of issues and opportunities into play. The short time frame to pull off an event of this magnitude meant long hours for staff.

We also want to give a shout out to the local nations that invited us to join them in their Treaty commemorations. Their hospitality and treatment of staff was very much appreciated and welcomed. It was nice to re-establish connections with our nations.

As we reflect on the commemoration, we would be remiss if we did not discuss the partnership that was created with Parks Canada. We should also not forget the role that Parks Canada has played in keeping us from our lands. One of the profound statements I heard from Park’s Canada staff was the fact they had over 4000 moose within the Park. This hit home as we enter the 12th year of Moose Closures within our territory. I reflected on this as we continue to strategize on how we can improve our situation for our people. Our generation has the responsibility to lay the foundation for future generations that will be tasked with making sure the Crown upholds its honour and starts living up to the spirit and intent of Treaty.

August 21st, 2021 was a wake up call to the Anishinabek and to the governments that we are still here, and we are not going anywhere. We all have a responsibility to uphold the sacred documents called Treaties that are the original foundation documents to this country.