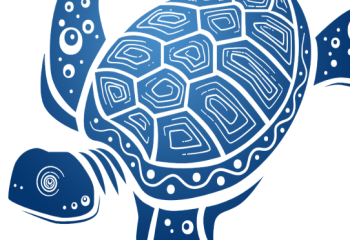 Treaty 2 Territory- The Anishinaabemowin language is known by many names, some of which refer to a specific dialect: Ojibway, Ojibwa, Ojibway, Ojibwemowin, Chippewa and Saulteaux.  It is a language that is part of the Algonquian language family, generally spanning from Manitoba to Québec, with a strong concentration around the Great Lakes. Elders share that the term Anishinaabemowin acknowledges the creation story of the Ojibwe people: “Anishinaabe” means “the spirit that is lowered down from above,” “-mo” refers to expression through speech and “-win” refers to the life energy within, used to do so. Linguists also explain that “-win” is a nominalizer that turns the verb Anishinaabemo (“he/she is speaking the Anishinaabe language”) into a noun. According to the 2016 Census, 28,130 people are listed as speaking Anishinaabemowin. Anishinaabeg is the plural form of Anishinaabe and consequently, refers to many Anishinaabe people.

Traditional knowledge holders share that the language was originally created by Nanaboozhoo (sometimes spelled Nanabozo, also called Waynaboozhoo and Nanabush) after Gizhe Manidoo gave him life, lowered him to the Earth, and gave him the responsibility to name everything in existence. By means of Nanaboozhoo’s task, Anishinaabemowin was born and spoken into existence.

Cultural protocols and understandings are built into Anishinaabemowin communication. For instance, the word boozhoo (“hello”) not only acknowledges the original spirit of Nanaboozhoo and guides relationships based upon respect but also conveys the process of using the breath of life (“boo”) to express the feeling of life (“zhoo”).  Aaniin, which can be used as a greeting, conveys acknowledging the light within another person that is the same light within oneself.

Note: Anishinaabemowin speakers generally introduce themselves to someone new using a specific protocol. Following a greeting, the speaker mentions their spirit name in the Anishinaabe language. They also acknowledge their home or territory, as well as acknowledging their clan. This is a spiritual identification, but it also helps others to understand differences in protocol that a person may have learned over the years.