Treaty 2 Territory – Anishinaabe Ikwe, Gail Flett honours her connection with our Treaty 2 Territory; she grew up in the small community of Bacon Ridge with roots in Ka Ka Kwe Ke Jeong Anishinaabe Nation having been raised by her grandparents, the late Margaret and Roderick Flett.

Upon moving to Winnipeg, and starting her own family, Gail began a career with the Assembly of Manitoba Chiefs. Having worked in various capacities with AMC, and for the past while Gail has worked as Treaty Relations Coordinator as part of the AMC-Canada partnership on the Treaty Relations Commission of Manitoba.

As part of her role as Treaty Relations Coordinator, and through her work with the AMC/TRCM Elders Council, Gail attended our 2 day 150 Year Commemoration on the making of Treaty 2 – in Wasagaming this past August. While Gail accompanied Elders and Knowledge Keepers to the event, Treaty Relations Commissioner, Loretta Ross was also in attendance to present medals to our Local Nation Chiefs. It was an absolute honour to have representatives, and members of the TRCM Elders Council attend our event to bring greetings and acknowledgements with respect to the Treaties. 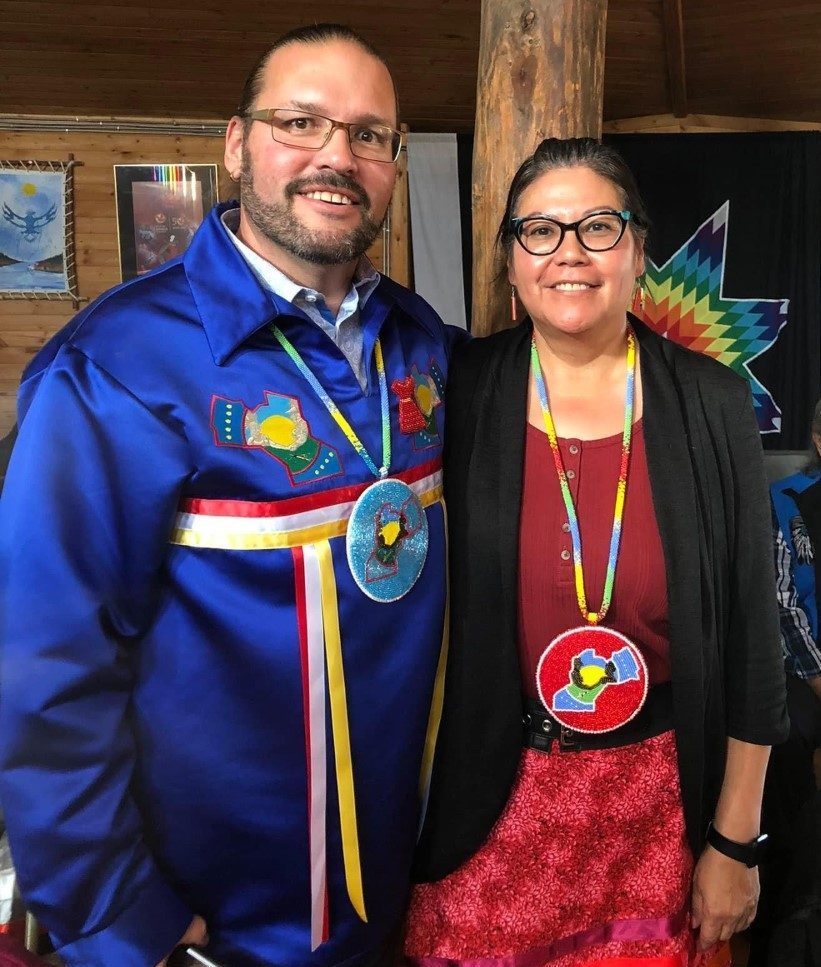 While at the Turtle Lodge last week for a ceremony to honour the visions of Dr. Dave Courchene Jr, our Treaty 2 Government Lead Keeper, Boh Kubrakovic-Kiniw gifted Gail with a red-beaded, Treaty 2 Medallion in recognition of her steadfast work and commitment to our Elders and Knowledge Keepers.

Giche Miigwech Gail for your continued dedication to our Elders as they guide the TRCM in their important work strengthening, rebuilding and enhancing the Treaty Relationship and mutual respect between First Nations and Manitobans as envisaged by the Treaty Parties.

Miigwech for being a supporter of our Nation-based, Sovereign-based, Treaty 2 Government. It is an honour to know and work with you. Your beautiful ancestors are proud of you!